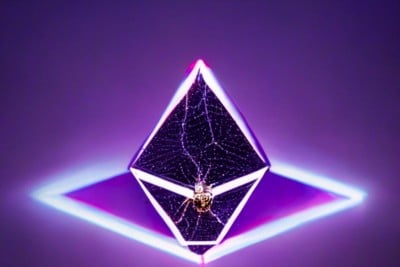 Alongside such terms as crypto, blockchain technology, and the metaverse, Web 3.0 is one of the biggest buzzwords of our time. Behind it lies the idea of a whole new Internet that is supposed to bring about a real revolution.

But what is Web 3.0, and what does it actually do? How far is reality from the idea? And can it be implemented at all? Let’s take a look at the most pressing questions concerning modern web technologies and digital assets.

Web 3.0, or “The Semantic Web,” refers to the entirety of the Internet as it will or could look like in the coming years. It represents the next generation of the world wide web — one after a few years of evolving with the help of new cutting-edge technologies.

These technologies include crypto and blockchain. In Web 3.0, these building blocks will become increasingly important: they are expected to lead to the full decentralization of the Internet as we know it, including social media platforms, web browsers, data centers, and search engines.

This means that, in principle, anyone will be able to trade on the world wide web independently of large companies. Once the Semantic Web becomes a reality, the Internet would no longer be in the hands of a few companies that provide vital platforms and necessary infrastructure. Instead, every user would be able to act freely.

In contrast to the current state of the Internet, users would then be able to create not only their own user-generated content but even build their own platforms and utilize them, for example, to carry out transactions. Our behavior on the Internet would be much more autonomous, personalized, and freer than before — and we would also be rewarded financially to some extent for our efforts.

Other mechanics will also play an important role in Web 3.0. The concept of the metaverse, for example, is one approach directly related to this. AI (artificial intelligence) technology, machine learning, and the use of algorithms are also likely to be further developed to automate processes on the Semantic Web.

Currently, we are still in the Web 2.0 phase, which is primarily characterized by co-creation. A large part of the development here was contributed by social media, which ensured that any person could create, upload, and redistribute content. This is why it is also referred to as the “social web.”

This level of participation represented a major change after users had previously acted primarily passively on the Internet and had merely consumed content on Web 1.0. With Web 2.0, the user took on a far more active role, which is to be expanded even further in Web 3.0.

The great advantage of Web 3.0 would, of course, be the immense amount of freedom that each individual user would have. Many processes would no longer be tied to large companies but instead would take place via alternative platforms.

Another goal of Web 3.0 is to democratize the Internet, i.e., to create equal rights for everyone and to make it possible to make decisions on the basis of majority and consensus. Basically, on a decentralized web, every user would be able to help shape the Internet (provided they have the necessary technical skills).

Here are some other benefits that Web 3.0 has:

To put it simply, this means that there would be no censorship of any kind, neither of the content nor people or accounts. Moreover, no personal data will be required for payments on Web 3.0. Web 3.0 servers will be protected from being filled in by the decentralized network that continues to run in the background.

Web 3.0 thus promises not only freedom but also greater security at the same time — at least in theory. Those who don’t give out data when making payments also minimize the risk of data theft.

Of course, besides opportunities, Web 3.0 also harbors dangers. For example, it will be more difficult to ensure a transparent and secure environment.

That’s because even if the promise of absolute freedom sounds tempting at first sight, there are some areas where not much can be done — for example, law enforcement.

Ensuring a certain level of security for individuals on this revolutionized Internet is becoming a more challenging task, especially in terms of harassment, bullying, and fraud. What could previously be taken over, at least in part, by companies would suddenly become the responsibility of each individual.

The hype surrounding “the new Internet” also harbors a certain risk because the sudden upswing in the topic could be a bubble that threatens to burst soon.

Although there is much investment in the idea of the Semantic Web, some of the necessary technologies and infrastructures are yet to be created. Therefore, Web 3.0 is still far from being ready for the mass market.

At present, it is not yet possible to predict when we will find ourselves completely in the Web 3.0 stage. Even though there is a talk in some places on the world wide web that we already have one foot set in Web 3.0, the public is clearly not ready for it — at least, not yet.

One of the reasons for this is that many key structures are currently firmly in the hands of companies, such as Google, Microsoft, or Amazon. However, if these corporations decide to move in the direction of Web 3.0 — as Meta has done before — it could certainly be reached faster.

However, users must also embrace this change and play an active role in shaping it. After all, they are the ones who will play the most crucial role in the “new Internet,” the future web. Unfortunately, it seems like we are not at that point yet. It will definitely take at least a few years until we can say we have fully arrived at Web 3.0.