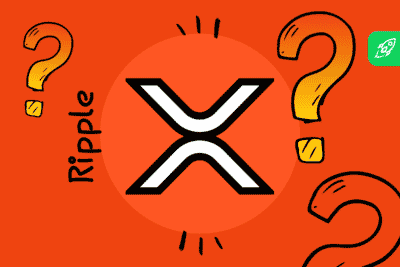 Ripple is the world’s only corporate crypto solution for global payments. Some argue that Ripple cannot even be called a cryptocurrency, while others are confident that this is the most promising digital asset. This platform aims to become the next big thing in the payment systems industry and is already widely used by financial institutions worldwide.

What is the Ripple consensus protocol like? How was the idea of such a platform conceived and what exactly can it do? Let’s take a look at what Ripple (XRP) is all about!

Ripple is first and foremost a money transfer and payment ecosystem. It has a broad scope of application. Ripple is used as:

How Does Ripple Work?

XRP is the native cryptocurrency of the XRP Ledger and the Ripple network. Its primary function is to serve as a bridge currency for cross-border transfers when there is a need to trade one currency for another. Ripple quickly attracted the attention of major institutional investors like large banks. Today, hundreds of financial companies around the world use this coin. The main advantages of XRP are the high speed and low cost of transactions.

To put it simply, Ripple works as a medium currency. Say you want to trade some JPY for USD. If you do it through the Ripple protocol, the network turns your JPY into XRP and then XRP into USD. Intuitively this arrangement seems more complicated than a simple JPY to USD exchange, but it is much faster and a lot cheaper. It takes only five to ten seconds to complete this particular transaction, compared to three to five days in the case of a traditional procedure. As for the fee, Ripple users enjoy an almost non-existent commission of 0.00001 XRP per transaction.

It is necessary to distinguish between the RippleNet system and Ripple tokens. Most banks work with the payment system, and the cryptocurrency is tied to the On-Demand Liquidity project. Therefore, the development of RippleNet does not always lead to an increase in the value of XRP.

RippleNet is a global payment system that makes it possible to carry out payments and exchange processes (transfers) in more than 40 currencies. It serves over 300 financial institutions around the world. Earlier (until the fall of 2019), RippleNet included three products: xVia, xCurrent, and xRapid.

In October 2019, Ripple rebranded and split its products into two separate projects. Now the name RippleNet covers two existing products: xVia, xCurrent. The xRapid product, tied to the promotion of the XRP cryptocurrency, has been dubbed “Liquidity on Demand”.

“Instead of buying xCurrent or xVia, customers will connect to RippleNet on-premises or in the cloud, and instead of buying xRapid, they will use On-Demand Liquidity. These are not new products, but a rebranding of existing products. This is a small change that will not affect our customers in any way,” – the company representatives said.

What Is the Ripple Protocol Consensus Algorithm (RPCA)?

The Ripple network is powered by the Ripple Protocol Consensus Algorithm. It doesn’t work like the popular proof-of-work or proof-of-stake protocols. Instead, it provides a consensus validation for the ecosystem’s accounts and transactions by a number of independent nodes. For an operation to be validated, all nodes have to agree on it, and that’s the only way the operation will be executed. This protocol allows the system to prevent double-spending, primarily by taking a poll to determine the majority vote.

Ripple won’t allow you to spend the same amount of money twice or multiple times because the system determines which transaction was the first to be requested and deletes all the following ones. This consensus protocol takes mere seconds to complete the validation process, so the transaction time is minimal: it takes around four seconds on average to complete an operation.

Ripple protocol works through gateways. Gateway is an intermediary used as a link in the trust chain between two parties that want to complete a transaction. Usually, banks are those getaways. Ripple architecture is similar to that of SWIFT, a global fast payment system.

In 2004, Canadian programmer Ryan Fugger and Jed McCaleb founded Ripplepay, a payment system based on a trusted peer-to-peer financial network.

In 2012, the team was joined by the famous programmer Chris Larsen, the founder of the loan companies Prosper and E-Loan, who later became the director of Ripple Labs. He approached Fugger with the idea of creating his own cryptographic currency inside the Ripple platform, although initially, there was no talk of his own virtual currency. The development team then founded the OpenCoin corporation and launched a new cryptocurrency platform Ripple, with the same name internal currency (XRP).

In the fall of 2013, a rebranding took place, and the OpenCoin company became known as Ripple Labs. In 2014-2019, Ripple Labs Inc. focused on the banking market. The first bank to use Ripple was Fidor Bank in Munich.

Then the technology was used by the American banks Cross River Bank, CBW Bank, the Earthport payment service (works in 65 countries, including with banks). In 2017, the Ripple protocol began to be used for international payments between the US and the UK (American Express and Santander), as well as between Japan and South Korea. In 2018, the system was integrated into one of the largest eastern banks NKB in Saudi Arabia.

Can Ripple (XRP) Be Staked?

Since XRP is neither a proof-of-work nor proof-of-stake cryptocurrency, it cannot be mined or staked. However, that does not mean you can’t earn interest on your Ripple crypto coins. There are some platforms that allow you to make money off of this cryptocurrency. Some of these services include Nexo, Crypto.com, and Binance Earn.

The XRP currency has a legal entity, representative office, and headquarters in the United States. This makes it attractive to investors from a capital investment reliability standpoint. At the same time, this can also be considered a drawback as it makes the network more centralized than other crypto projects.

Ripple cannot be mined. The developers abandoned the idea of mining coins and released 100 billion XRP tokens all at once. Each coin is divided into a million parts, called drops. At the same time, coins are no longer issued. This can also be considered both a pro and a con of this cryptocurrency depending on what your goals and preferences are.

One of the biggest advantages of the XRP consensus ledger is its high transaction speed. For example, while Bitcoin transactions can take around 600 seconds, XRP ones only take 4.

Ripple is one of the biggest cryptocurrencies in the world – it has been ranked within the top 10 by market capitalization for a very long time. As a result, it naturally gets compared to Bitcoin a lot.

These two cryptocurrencies, however, couldn’t have been more different. For one, let’s take a look at their purposes: BTC is meant to be a method of exchange, while Ripple is a global payments network capable of conducting cross-border payments in a cheap and efficient way.

Still, both BTC and XRP can be used as digital assets, traded and exchanged for profit. Bitcoin has a higher market cap and profit-making potential, while XRP is focused on adoption and cooperation with existing financial institutions, which may make it more reliable in the long run. Additionally, XRP transactions are a lot faster and cheaper than the ones on the Bitcoin network – so they are a lot more efficient and thus attractive to users.

How To Buy Ripple

You can buy XRP on most cryptocurrency exchanges. If you’re looking for a platform that is both easy to use and has great rates with low fees, look no further than our marketplace, Changelly!

You can use our website or mobile app to either get Ripple with one of the 200+ cryptocurrencies we have previously listed on our service or buy it with one of the over 40 fiat currencies supported by our fiat gateway partners. Here’s a step-by-step guide to buying XRP on Changelly.

Is Ripple and XRP the same?

Ripple is the name of a company. It is a global payment settlement network. XRP is the native digital currency of that platform.

What is Ripple (XRP) used for?

XRP acts as an intermediary between two currencies or networks. Simply put, it can give other currencies a more efficient way to conduct transactions.

Is Ripple (XRP) a good investment?

XRP can be a great addition to your portfolio. It has a high market cap and good future prospects. However, you should do your own research before deciding whether you should invest in it or not.

Is XRP better than Bitcoin?

It’s hard to compare these two as they serve different purposes. When considering XRP as an independent digital asset, however, and not a part of a global payment network, it can lose out to BTC as it is less popular and widespread.

Who are the founders of Ripple? JST Is Available on Changelly