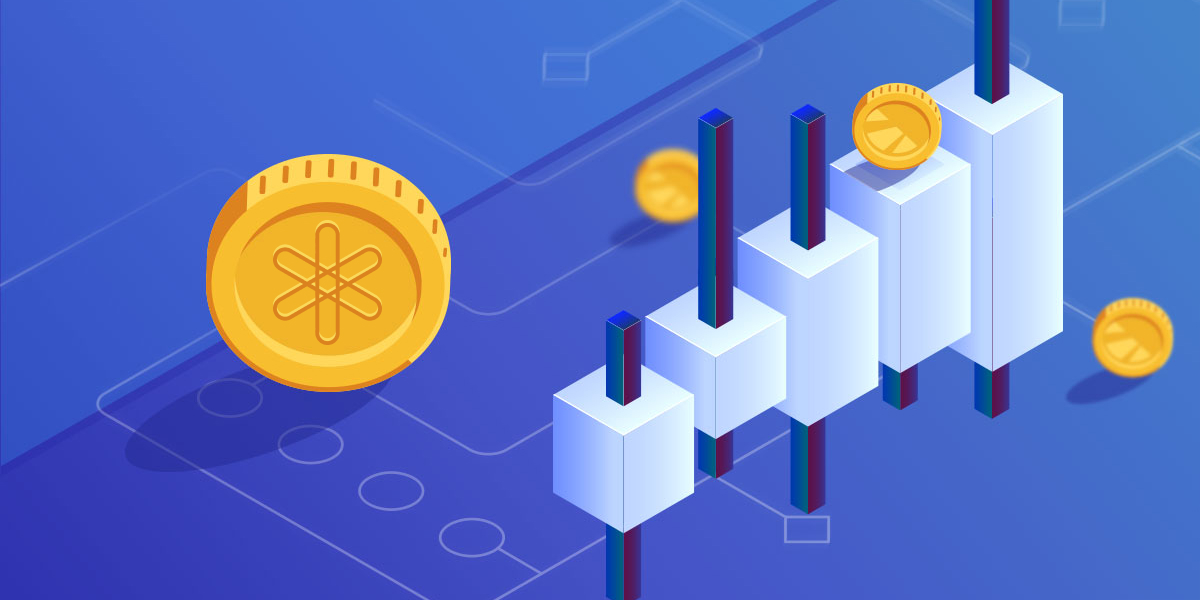 Dent is a decentralized mobile data exchange developed on Ethereum. It allows you to buy, sell and voluntarily distribute mobile data through an auction system. Data storages are smart contracts that are working on Ethereum blockchain. The DENT token is used to purchase mobile data on the platform.

Is Dent coin a prospective project? How is it going to develop? Should you invest in DENT cryptocurrency? Find all the answers in the Dent cryptocurrency price prediction for 2022-2031!

The DENT project is an entirely new and exclusive ecosystem that plans to create a community of mobile phone and smartphone users. The developers of the DENT project pursue this goal so that in the future, they can influence the providers of mobile services to obtain better conditions than they currently have.

DENT developers had an idea to create a platform where each participant will be able to resell their mobile traffic (Internet, calls, etc.) to other network participants. This idea came about after the data published by Cisco, in which it was indicated that worldwide users of mobile devices buy traffic worth 32 billion dollars, of which 15% i.e., $4.8 billion remain unused.

Dent uses its token called DENT, which gives access to a network of telecom carriers worldwide.

The project hopes to make the global telecommunications industry more efficient and less expensive. Here are some of the most important issues DENT is trying to solve:

The long-term goal of developers is to influence mobile operators. It involves improving the conditions for using mobile traffic and optimizing service packages. In fact, the Dent platform creates the conditions for the decentralization of this market segment. So, users get the opportunity to independently determine the priority services for themselves, forming their own package.

Dent is facing a hard time getting on board with other crypto coins. DENT has fallen by almost 23.18% in the last 7 days. With concerns about the associated risks intensifying in the past few days, we don’t think the coin would be a profitable asset in the short term, even though it might have strong fundamentals.

Within the last month, the price of DENT has decreased by 23.38%, eliminating a whopping average sum of $0.00016 from its current value. This sudden drop means that the coin is in a dip right now, so it can be a good buying opportunity for quick investment.

Based on the technical analysis by cryptocurrency experts regarding the prices of Dent, in 2024, DENT is expected to have the following minimum and maximum prices: about $0.0019998 and $0.0019998, respectively. The average expected trading cost is $0.0019998.

The experts in the field of cryptocurrency have analyzed the prices of Dent and their fluctuations during the previous years. It is assumed that in 2025, the minimum DENT price might drop to $0.0029997, while its maximum can reach $0.0029997. On average, the trading cost will be around $0.0029997.

Is Dent a good investment?

Considering current bearish trend in Dent price movements, it is expected the cryptocurrency will continue meeting price decline. Please, invest wisely and don’t forget to DYOR when investing in any type of asset.

It seems that the average price of Dent might reach $0.0009941406 in the end of the year. In five-year plan perspective, the cryptocurrency could probably rise up to $0.0069993. Due to price fluctuations on the market, please always do your research before invest money in any project, network, asset, etc.

Dent network is developing rapidly. DENT price forecast for 2025 is rather positive. The DENT average price is expected to reach minimum and maximum prices of $0.0029997 and $0.0029997 respectively.

DENT is provided with suitable environment to reach new heights in terms of price. DENT price prediction is quite positive. Business analysts predict that DENT might reach the maximum price of $0.0239976 by 2030. Please take into account that none of the data provided above is neither fundamental analysis nor investment advice. None of the information provided is ANKR Is Available on Changelly