As the second and third most popular cryptocurrencies, it’s inevitable that Ethereum and Cardano get compared a lot. Although the two have highly different goals, they share a lot of similarities – for example, both have smart contracts compatible blockchains.

Cardano has always been positioned as an alternative to Ethereum and was even called the “Ethereum killer” by some experts, so comparisons were bound to happen. Its creators name higher scalability, sustainability, and increased transaction speed as Cardano’s main advantages over Ethereum. However, once the Ethereum 2.0 update is fully implemented, there’s no saying which blockchain will come out on top in terms of the qualities we just mentioned.

Whether you’re on the fence about which of these two cryptocurrencies is a better investment or are just curious about what sets them apart, you’ve come to the right place. Let’s take a look at the Cardano vs Ethereum comparison!

What Is Cardano (ADA)

Cardano (ADA) is a third-generation blockchain platform that is based on the proof-of-stake consensus mechanism. Cardano aims to bring about positive global change. Its primary use case is enabling transactions in its native cryptocurrency – ADA, as well as giving developers a platform for building decentralized applications (dApps) powered by the token.

ADA token has a limited supply: there will only ever be 45 billion tokens minted.

Unlike Ethereum, the Cardano platform cannot actually promise its users any new groundbreaking features – but its team’s focus on research and their scientific approach makes sure the network is very well-optimized.

What Is Ethereum (ETH)

Ethereum blockchain came to be well-known because of its smart contracts capabilities as well as decentralized applications (dApps), decentralized finance (DeFi), and non-fungible tokens (NFTs).

The Ethereum network is vast and encompasses a wide variety of different decentralized applications that were built on it. Additionally, according to etherescan.io, there are currently over 450,000 ERC-20 tokens out there – that means there over half a million tokens have been created on the base of the Ethereum blockchain network. That adds unprecedented usability to the platform, giving it good long-term prospects.

The Ethereum community should also be noted as one of the coin’s strengths – it is equally as passionate for crypto in general as it is for ETH itself.

How does a simple ETH purchase look like? Spoiler alert: it takes several minutes and allows you to buy ETH with a credit card, bank transfer, or Apple Pay.

Differences between ETH and ADA

There are quite a few differences between Ethereum and Cardano: for one, although technically both Ether (ETH) and ADA are coins (as they have their own blockchains), the latter is considered to be a token. Tokens are known to be oriented towards supporting and being used within their own ecosystems, which is what ADA does. On the other hand, coins like Ethereum or Bitcoin are more generally accepted as actual currencies. Of course, this doesn’t apply to every token or coin, but ADA being seen (and perceived) as a token that is only useful within its own ecosystem can be one of the things that are holding it back from gaining more popularity as a currency.

Another big difference is how they implement updates – something extremely important to the general health and longevity of blockchains.

On the other hand, this difference makes Ethereum less stable, reliable, and overall more chaotic – qualities that cryptocurrencies are often criticized for.

Now, let’s take a closer look at the differences between the two platforms.

Although Ethereum was only launched in July 2015, its white paper was published back in 2013. As it was launched earlier than Cardano and was the first ever blockchain platform to introduce smart contracts, it has the first-mover advantage.

Pretty much everyone who’s been into crypto for a while has heard about Vitalik Buterin, who was only 19 when he created the Ethereum blockchain. However, it should be noted that he wasn’t the sole creator of the blockchain: many others contributed to its code. The project also has 8 official founders, but Buterin was the one who invented the idea behind it.

One of those 8 founders was Charles Hoskinson, who was removed from the Ethereum founder team by Buterin in 2014. The two disagreed on whether the project and the platform should be commercial or not (which was Buterin’s view). Hoskinson later co-founded Cardano with a former Ethereum colleague Jeremy Wood.

Although Cardano is the 3rd biggest cryptocurrency, its market capitalization is nowhere near as big as that of Ethereum or Bitcoin.

Market cap has always been the true metric of a cryptocurrency’s success, not the coin’s (or token’s) price. It’s hard to say whether Cardano has a chance to ever take Ethereum’s market cap – it will require both of them to go through some significant price movements.

We say “at the moment” because Ethereum actually has plans to also move to the proof-of-stake consensus mechanism, which is more eco-friendly, is less susceptible to centralization, and allows for higher scalability via sharding than proof-of-work. 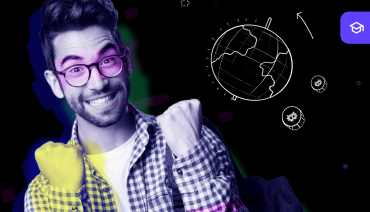 Although moving to the more energy-efficient proof-of-stake consensus mechanism has always been Ethereum’s plan, the project’s developers have admitted that it is not easy: so it’s hard to say when the move will finally happen, and when Ethereum and its users will get access to the benefits PoS provides.

Ouroboros is a family of proof-of-stake blockchain protocols that Cardano was built on.

It divides time into epochs and slots, with epochs being the overarching time frames and slots 20-second increments within epochs. A random leader is chosen within each slot, and that leader is then responsible for choosing blocks that will be added to the blockchain.

Transition from Ethereum to Ethereum 2.0

Ethereum 2.0 includes a set of different interconnected updaters that all have the same goal – making the network more scalable, secure, and sustainable. One such update will be the move to the proof-of-stake (PoS) protocol.

That’s a tough question to answer, given how volatile and unpredictable the crypto market is. That said, we think it’s rather unlikely that ADA (or, for that matter, any other cryptocurrency) will be able to overtake Ethereum any time soon – just as unlikely that ETH itself will overtake Bitcoin in the near future.

One of the biggest issues Cardano has is the lack of decentralized applications (dApps) that have been built on its platform – it is accused by many to be a “ghost chain”. This problem will need to be solved for Cardano to have a higher chance of long-term survival and profitability.

We don’t think that the question should be “could Cardano overtake Ethereum?” but rather “could Cardano reach its full potential and rise to astronomical heights in the future?”. And we think that right now, the answer to this question is a tentative “yes”.

These two blockchains have as many similarities as they have differences. Although both the Ethereum and the Cardano platforms have smart contract functionality and allow developers to create and deploy dApps, they have many things that set them apart and attract different kinds of investors and users.

Both are extremely ambitious projects with grand plans for the future, but so far, Ethereum has shown to be more innovative and capable of keeping up with the times. That said, Cardano has flourished in its niche – the supply chain industry. For example, the project has recently launched a unique supply chain traceability and anti-counterfeit solution.

Both the Ethereum and Cardano digital assets can be an excellent addition to any portfolio. However, many investors consider the Ethereum blockchain to be a much more lucrative digital asset, especially since its price has been on the rise lately. Cardano has also been rising, and its yearly growth rate in 2021 has overtaken both Ethereum and Bitcoin, at least so far. In general, ETH and BTC are seen as safer, relatively less risky investments, while cryptos like ADA have higher explosive growth potential, but are riskier overall.

Technical differences aside, the Ethereum network has the upper hand when it comes to popularity, fame, and hype – and in the crypto space, these things are sometimes more important when it comes to investment potential than functionality (not that Ethereum is lacking in that, of course).

At the end of the day, it’s impossible to say who will come out as the winner in the Cardano vs Ethereum duel – one should invest in projects and blockchain platforms that seem more interesting and reliable to you and that fit your portfolio better. Please remember that all cryptocurrencies are a risky investment and that the contents of this article are not financial advice – always do your own research before investing in any asset, digital or not. How to Trade Futures Contracts on Changelly PRO