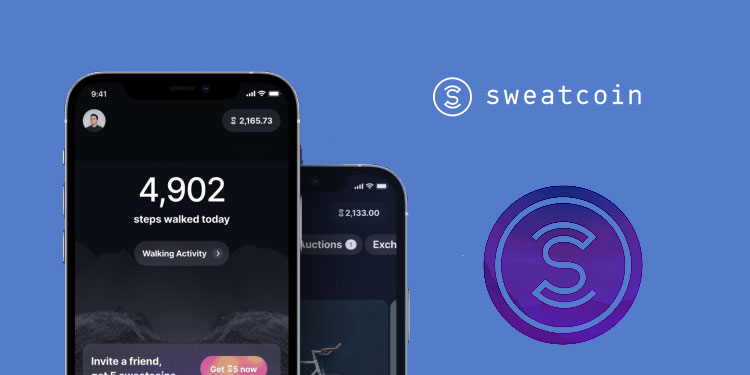 Sweatcoin, an app that rewards users’ daily steps with SWEAT tokens which can be spent on products, donated to charity, or converted into another crypto, is ready for launch this week.

Soon, the Sweatcoin community will have the opportunity to have their in-app pre-sweatcoins matched 1:1 with SWEAT tokens at a token generation event (TGE) timed for this summer.

Designed to capture the value of movement, this cryptocurrency will be minted purely by steps.

After the token generation event (TGE) scheduled for this summer, SWEAT will be issued by the Sweat Foundation, a BVI-headquartered entity and Sweatcoin’s partner in launching the Sweat economy.

“We’re turning movement into a valuable, recognizable currency with SWEAT: the token, and for those that are new to the space, it’s a little-to-no-financial-risk option to get on board and gain access to an asset that’s becoming increasingly harder to mint, helping us to achieve the mission of making the world more physically active by unlocking the value of movement.”
– Oleg Fomenko, Co-Founder at Sweatcoin

Sweatcoin has selected eco-friendly NEAR as the blockchain for its token and additionally the NEAR Foundation is investing in the project.

“One of NEAR’s core missions is to help onboard the world to Web3, collaborating with the Sweat Foundation allows us to take a step closer to that mission. The company also aligns with our core values of sustainability. Building SWEAT, the token on NEAR’s carbon-neutral blockchain empowers more people to work towards a more sustainable future.”
– Marieke Flament, NEAR Foundation’s CEO

The Sweatcoin app can be found on Google Play and the App Store.