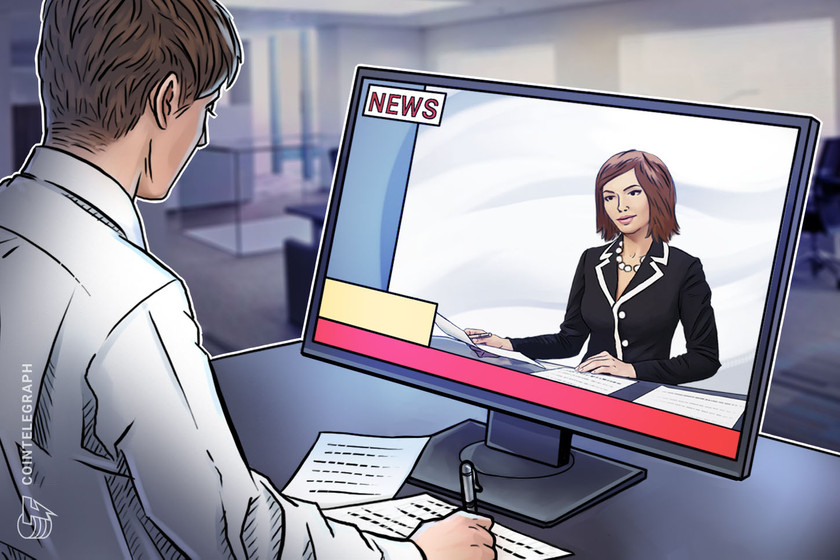 Yuga Labs has finally broken its silence over the conspiracy theory that alleges the team embedded alt-right and Nazi memes/imagery into the artwork and branding behind the Bored Ape Yacht Club (BAYC).

As Cointelegraph previously reported, the BAYC conspiracy theory was once again brought into the limelight on June 20 after YouTuber Philion published a video exploring the supposed evidence that artist Ryder Ripps initially compiled at the start of this year.

In a Medium blog post shared via Twitter on June 25, Yuga Labs co-founder Gordon Goner said that the team finally decided to clear the air after the theory had gotten so much attention that one of their favorite podcasters was talking about it.

“We’ve not responded in further detail to these allegations because frankly they are insanely far-fetched.”

“That said, we woke up this morning to a podca///ster we respect talking about this conspiracy theory, and that was pretty surreal. Made us feel like it was time to come out and put an end to all this,” he added.

In particular, Ryder Ripps alleged the BAYC NFT artwork featured racist caricatures of Black and Asian people, and the project’s logo and branding have several nods to certain Nazi symbology and language. The artist also made a BAYC derivative NFT collection called RR/BAYC as a satire and protest against Yuga Labs.

While the team didn’t address all of the points outlined against the BAYC, it flat out denied the allegations that its logo was derived from the Nazi Totenkopf (skull and crossbones) symbol. It also reiterated that using Apes in the BAYC is a nod to crypto degens and not a racist troll. However, not everyone was pleased with their response, as several points went unaddressed.

dude’s like ‘we’re minorities’ and gets some sham cover from the ADL. Well I’m a jew and descendant of holocaust survivors and this imagery offends me but keep gaslighting pic.twitter.com/kbJlJaEYE4

In an update later that day, the Yuga Labs team also stated it had taken legal action and filed a lawsuit to “stop the continuous infringement, and other illegal attempts to bring harm” to the firm and community. Although It didn’t mention Ryder Ripps by name directly by name.

(1/2) The outpouring of support from our community today has been overwhelming. We will continue to be transparent with our community as we fight these slanderous claims. In order to put a stop to the continuous infringement, and other illegal attempts to bring harm to…

Over the past several weeks, the sales volume on Ethereum-based NFT marketplace X2Y2 has surged past the top platform in the sector OpenSea.

The X2YX platform launched in February earlier this year, and while it doesn’t appear to host the sale of any top-tier NFT projects, it does provide an OpenSea Sniper feature that enables users to bundle NFT purchases on both X2YX and OpenSea into one transaction.

X2YX has seen its daily volumes surge to new highs in June, with its highest ever recorded day of volume coming on June 6 with $32.92 million. One of the reasons behind the platform’s bullish growth this month appears to be its zero trading fees promo from June 1 until June 30.

Professional English football (soccer) club Crawley Town F.C. are rolling out a soccer kit (playing uniform) that can only be obtained by fans that purchase the corresponding NFT.

Crawley Town currently plies its trade in the fourth tier of the English professional league structure, and it was acquired by sports-focused crypto firm WAGMI late last year.

Pro-teams generally have three different kits each season, one for home games, one for away and a third alternate kit. In this instance, the third kit will be offered to fans via the sale of NFTs.

Speaking with U.K. news outfit the Mirror on June 25, Crowley Town co-owner Preston Johnson stressed that the club is not trying to launch NFTs for a quick profit and is instead looking for ways to integrate the tech with avenues such as shirts and ticketing:

“Our NFTs are more like virtual season tickets. They’re not items we’re trying to sell to local fans.”

California-based Web3 tech firm BCware has launched a new multi-chain NFT app in the Shopify App Store that enables merchants to provide NFT buying and selling services from multiple blockchains in their stores.

The app is currently integrated with Ethereum, Polygon, Flow and Solana, and also enables customers to pay via fiat or cryptocurrency. The firm also stated that the app will support “wallet onboarding for buyers who are new to crypto.”

The move comes the same week that Shopify rolled out an NFT-gated storefronts feature that allows brands/merchants to make their online stores more exclusive.

You know Twitter is where your people are, and now they can discover your products directly on your profile.

So next time you have a tweet doing numbers, you can plug your own products instead of someone else’s. Right @trixiecosmetics? pic.twitter.com/teuIkQkzbL

On June 24, Eminem tweeted that a new song called “From The D 2 The LBC” would be released. The post included the song’s art, which is in a comic book style with two cartoon monkeys representing both Snoop Dogg and Slim Shady and their connection to the Bored Ape Yacht Club.

Bitcoin is discounted near its ‘realized’ price, but analysts say there’s room for deep downside

After Terra’s fall to Earth, get ready for the stablecoin era