Nonfungible token (NFT) marketplace Opensea has seen its competitors chomping at its ankles this year as they gain market share — turning the market from a “monopoly” into an “oligopoly,“ a new report states.

Binance Market Pulse released on Oct. 20 says there has been a slow and steady change in market leadership, noting that while OpenSea is still the dominant marketplace in terms of users and volume, Ethereum (ETH)-based exchanges X2Y2 and Looksrare have been gaining their share of the market over 2022.

The report also pointed out that OpenSea is facing stiff competition when it comes to Solana (SOL)-based NFTs, its most used native marketplace Magic Eden is a “close second” to the multi-chain OpenSea exchange.

It comes amid a possible sea-change across NFT marketplaces.

On Oct.14, the Solana-native NFT market Magic Eden opted to introduce optional royalties on its platform, following a similar move by the Ethereum-based marketplace X2Y2 in August.

It noted that the “market has been shifting towards optional creator royalties for awhile.”

Binance’s Q3 report added that Ethereum overall still dominates holding 65% of the NFT volume market share at the end of the third quarter, but NFT buyers may be moving blockchains in search of profits or following the latest trends.

The data also shows Solana’s NFT sales volume increased by 13% in Q3 and Ethereum’s dropped by 16% since the end of the second quarter.

The Azuki NFT project has broken the record for the most expensive skateboard ever sold, with the highest bid for a limited-edition 24-karat gold-plated skateboard fetching 309 ETH, or $400,000.

A total of eight skateboards were sold through its new Physical Backed Token (PBT) technology, netting the project a total of $2.5 million worth of ETH.

The highest bid far surpassed the previous record holder, the over $38,000 “Blowin’ in the Wind Skateboard” created by skateboarder Jamie Thomas which included handwritten lyrics from singer Bob Dylan.

The Golden Skateboard is a marvel of art & technology showcasing our first implementation of PBT, which paves the way for a new era of storytelling.

It was the first time the project implemented its Physical Backed Token (PBT) technology standard.

PBT is a token standard created by the project that uses a cryptographic chip to authenticate ownership of a physical item, generating an NFT in a user’s crypto wallet after its scanned with a mobile phone.

The union representing all Major League Baseball (MLB) players appears to be looking at expanding its members‘ presence in Web3, as it looks to hire a licensing manager to help expand its portfolio across NFT, Metaverse, digital games and augmented and virtual reality technology.

The job posting by the MLB Players Association states that “NFTs, the Metaverse, wearable technology, and AR/VR are part of our expanding business model” with the role requiring the person to create “strong relationships” with “crypto projects”.

A major role of the MLB Players Association is assisting sponsors seeking to associate their brand or product with players, the association holds the rights to license and use the names, nicknames, likenesses, and other indicating information of MLB players for use to that end.

Entertainment company Warner Bros is looking to use NFTs to distribute exclusive content and films after announcing on Oct. 20 that it partnered with Web3 firm Eluvio to launch its NFT-backed “WB Movieverse.”

The “movieverse” is essentially Warner Bros-owned films available online using NFTs as authentication for users to access the film along with related exclusive content such as behind-the-scenes videos and images.

The first offering in its movieverse sees a 4K resolution extended edition of one if its Lord of The Rings titles along with bonus material made available through two tiers of NFTs.

The sold-out upper tier of 999 NFTs was priced at $100 but now sees an average listing price of $2,500 according to the official secondary listings page, while the lower tier of 10,000 NFTs is priced at $30.

Warner Bros has delved into the NFT space before, recently licensing characters from its DC Comics-owned properties to pop culture brand Funko to sell Walmart-exclusive NFTs.

Metaverse casino Slotie has been hit with multiple cease and desist orders from state-level authorities in the United States who allege Slotie hasn’t registered as a broker-dealer, failed to provide the proper disclosures as a gambling platform and consider its NFTs to be unregistered securities.

Ethereum-based NFT marketplace Rarible upgraded its platform on Oct. 20 adding an aggregation tool that allows users to browse and purchase Ethereum NFTs from other marketplaces such as Rarible, OpenSea, LooksRare, X2Y2, and Sudoswap. 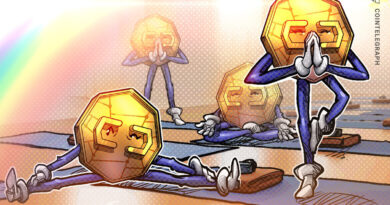 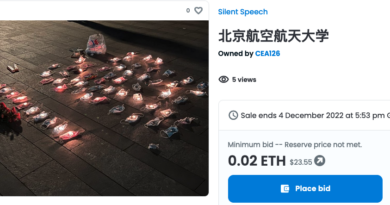 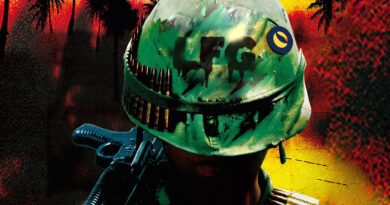