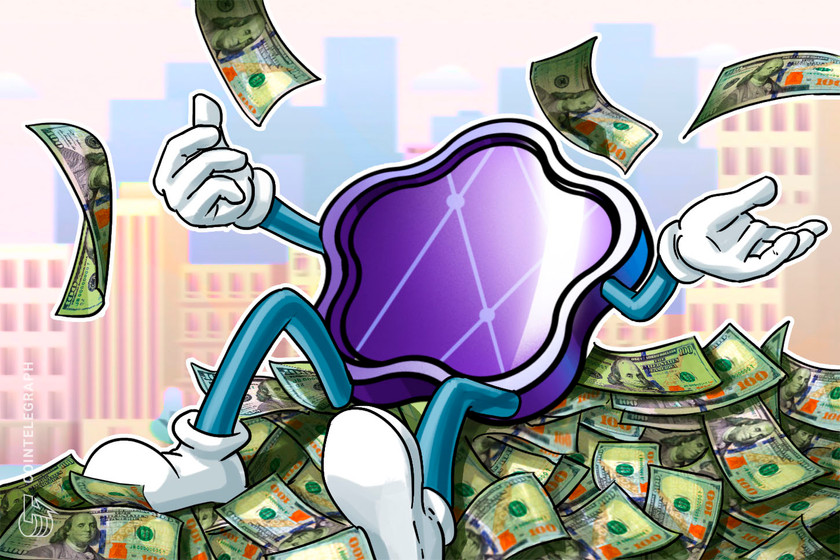 KINGSHIP is a group made up of three BAYC NFT hodlers and one Mutant Ape Yacht Club MAYC owner. As part of the deal, the avatars depicted in the NFT art will be printed on the chocolate candies in a select number of boxes.

There has been a total of 4,000 boxes created in total, split between two tiers of rarity. The regular tier comes in 3,900 brown celebratory gift boxes, while the 100 “gold” edition boxes are wrapped in gold and white foil, number 1 to 100 and have the Kingship member’s apes printed on the M&M’S.

Additionally 6,000 candy gift jars have been put up for sale from today via the M&M’S website. Hodlers of the KINGSHIP Key Card NFTs were given early access to this promotion, suggesting the gold edition boxes may already be gone.

“We’re excited to continue our Mars foray into the metaverse through this partnership with 10:22PM and KINGSHIP, as a way to engage our fans in a new and exciting space,” said Jane Hwang, Global Vice President at Mars Wrigley.

The deal marks another interesting utilization of the IP behind Yuga Labs’ NFT projects, with other BAYC hodlers using the content for TV shows and restaurants in the past.

Despite the NFT sector going through a lengthy bear market, one Pudgy Penguin NFT has recently sold for a whopping 400 Ether (ETH) on Aug. 22, worth roughly $670,000 at current prices.

There are 8888 Pudgy Penguin NFTs in circulation and the project is one of the most popular NFT collections on the market.

The NFT sold was Pudgy Penguin #6873, one of the rarest in the collection as nearly all of penguin avatar’s traits are shared by just 0.01% of the other NFTs in the project.

According to the transaction history on OpenSea, the seller CoinUnited previously bought the NFT for 225 ETH on Sept. 8 last year, worth roughly $788,000 at the time. As such they banked a major ETH profit, though it would be counted as a $118,000 fiat loss.

Over the past 30 days Pudgy Penguin NFTs have generated $7.5 million worth of sales, marking a 314% increase within that time frame according to data from CryptoSlam.

The 4K protocol enables users to mint NFTs tied to their assets and guarantees a 1-to-1 ownership via storage providers and asset authenticators.

As part of the partnership, an NFT minted on 4K linked to a top-of-the-line Rolex Cosmograph Daytona was used to secure a loan from Arcade, marking an interesting, albeit risky, use case for tokenizing real world assets.

Party in the virtual USA

Former Disney star and widely popular musician Miley Cryus is gearing up for Web3 after filing two Metaverse and NFT trademarks relating to the words “Miley” and “Miley Cryus” with the United States Patent and Trademark Office.

According to an Aug. 22 tweet from trademark attorney Mike Kondoudis, Cyrus is planning to launch digital goods such as virtual clothing, footwear, sports gear and also entertainment services.

Cryptocurrency risk management firm Elliptic has released a report suggesting that scammers have stolen more than $100 million worth of NFTs since in 2021.

Decentralized exchange Uniswap is reportedly in talks with multiple NFT lending protocols to build NFT financialization according to a social media post from Uniswap’s head of NFT product Scott Lewis.

What is a seed phrase and why is it important?