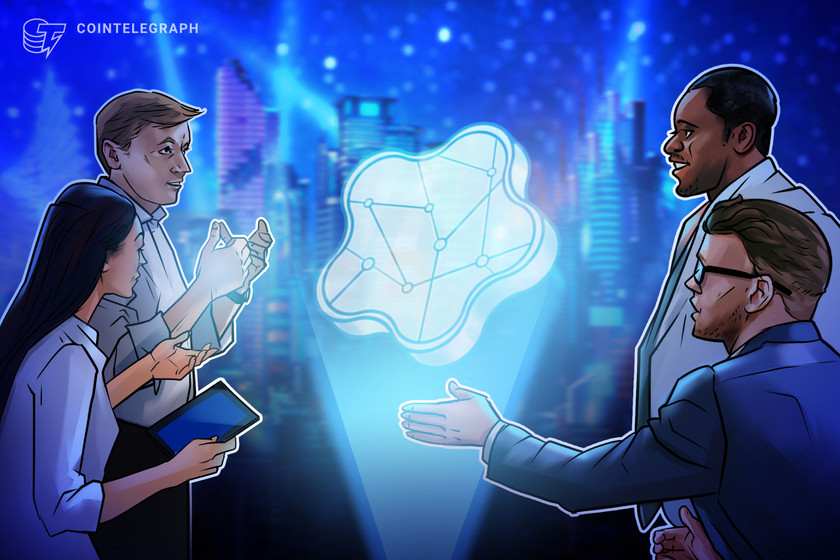 The roller coaster ride that is the cryptocurrency market continued its volatile ways on Dec. 8 as Bitcoin (BTC) price briefly slipped below the $49,000 level. Despite the setback, there are still clear signs that crypto mass adoption is taking place, a prime example being Visa’s announcement that it will launch crypto consulting and advisory services for merchants and banks.

Analysts expect that Bitcoin will continue to search for firmer footing and while this process plays out, Ether and a handful of mid and low-cap altcoins are booking moderate gains.

Data from Cointelegraph Markets Pro and TradingView shows that the biggest gainers over the past 24 hours were Tezos (XTZ), WAX (WAXP) and Aleph.im (ALEPH).

Tezos is a layer-one blockchain protocol that includes a built-in mechanism that allows the network to evolve and upgrade over time without the need for hard forks.

VORTECS™ data from Cointelegraph Markets Pro began to detect a bullish outlook for XTZ on Dec. 5, prior to the recent price rise.

The VORTECS™ Score, exclusive to Cointelegraph, is an algorithmic comparison of historical and current market conditions derived from a combination of data points including market sentiment, trading volume, recent price movements and Twitter activity.

As seen in the chart above, the VORTECS™ Score for XTZ began to pick up on Dec. 4 and climbed to a high of 87 on Dec. 5, around 21 hours before the price increased 60.5% over the next two days.

The surge in XTZ price took place after Ubisoft, one of the top three video game companies, announced that it would be releasing its first line of in-game playable NFTs on the Tezos network, beginning with Ghost Recon: Breakpoint.

WAX welcomes Amazon and Mattel to its ecosystem

WAX is a purpose-built NFT blockchain designed to provide brands with all the tools necessary to launch a NFT collection and make e-commerce transactions faste and more secure for all parties involved.

VORTECS™ data from Cointelegraph Markets Pro began to detect a bullish outlook for WAXP on Dec. 4, prior to the recent price rise.

As seen in the chart above, the VORTECS™ Score for WAX spiked into the green zone on Dec. 4 and reached a high of 81 around 40 hours before the price increased 84.8% over the next two days.

The spike in momentum for WAXP comes as it was announced that Amazon had entered the WAX ecosystem after making an investment in the collectible marketplace Dibbs while it was also announced that three leading toy companies, Funko, Mattel and Hasbro, have partnered with WAX for “Sellout Collections.”

VORTECS™ data from Cointelegraph Markets Pro began to detect a bullish outlook for ALEPH on Dec. 5, prior to the recent price rise.

As seen in the chart above, the VORTECS™ Score for ALEPH hit a high score of 80 on Dec. 5, around 31 hours before the price increased 38% over the next two days.

The climbing price of ALEPH comes after the protocol announced that it is now providing its indexing solution to the Solana-based decentralized exchange Serum, a move which should help to increase the ability to obtain DeFi analytics on the Solana network.