The lawsuit obtained by Bitcoin.com News also claims Alkane caused Crusoe to lose work after two gas and oil refiners backed away from agreements made with the company in November 2021. The two gas and oil producers are called the “Colorado Producers,” and are not officially named in the lawsuit filed against Alkane.

A report published on August 26, quoting businessden.com, noted that Alkane CEO Ryan Blazee called the trial “disappointing” and there was “little surprise.” Blazzi said that some of the things claimed in the complaint will be regretted. The CEO further said that Alkane had worked with Crusoe Energy prior to the filing, and there were no grievances. The two patents mentioned in the lawsuit are U.S. Patent No. 10,862,307 (the 307 patent) and U.S. Patent No. 10,862,309 (the 309 patent).

Crusoe Energy previously raised $505 million in April 2022, and the company has been working with a number of gas and oil producers in North America. Alkane Midstream and Crusoe Energy are not the only companies working with gas-to-bitcoin solutions, as firms like Validus Power, Greenidge Generation, Upstream Data, Vespene Energy, and EZ Blockchain leverage similar flare mitigation technologies.

In addition to the alleged patent infringement, after the deals in November 2021 were canceled, Crusoe claims the president of the “Colorado Producers” said the firm’s services were no longer needed because “the ‘Colorado Producers’ had contracted with Alkane.” Crusoe is not only asking for the court to order Alkane to stop infringing the two patents but it is also seeking monetary damages and a “trial by jury on all issues.”

What does a bear-market ‘cleanse’ actually mean? Fed reverse repo reaches $2.3T, but what does it mean for crypto investors? 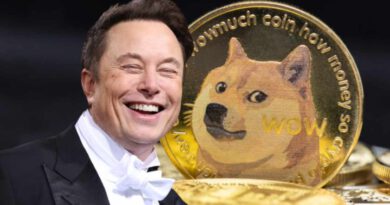