Searching for more evidence that self-custody of your cryptocurrency holdings beats a centralized manager? Look to the latest action by the Federal Deposit Insurance Corporation (FDIC).

The agency sent a letter to FTX Exchange this month — along with four other entities — that included a cease and desist order for “false and misleading statements.” Namely, it accused the exchange of falsely implying that user funds were FDIC-insured.

It could have turned into an ugly situation if customers expected — but did not receive — a certain level of protection in the event of catastrophic failure. It’s difficult to ascertain how heavily the guarantee factored into the adoption of FTX services, but the firm enjoyed a record-breaking year in 2021 with revenue growth of more than 1000%.

Ultimately, the incident serves as an endorsement of self-custody, because it reminds us that exchanges can only protect user funds as far as their pockets allow them. Empowering consumers to hold their own funds on ideally cold wallets significantly reduces the chance their funds will be lost to a company’s insolvency, like in the case of Celsius, or even to a hacker gaining access to wallets held by a central entity.

Self-Custody isn’t perfect, but it can be better than the alternative

Those who say self-custody is fraught with danger would be right. Retail investors cannot be expected on a widespread scale to properly manage and protect their funds in a wallet owned solely by them, and many in fact prefer the oversight from a seemingly too-big-to-fail central exchange.

Even experienced crypto investors and holders can send tokens to the wrong address by mistake, or even in some cases face issues with technical glitches on self-custody wallets. If mainstream adoption is the goal, this isn’t even close to being a safe way to exchange value.

Related: Deposits at non-bank entities, including crypto firms, are not insured — FDIC

It’s a catch-22 situation. Money isn’t inherently safe when it’s held by scarcely regulated central entities known for suffering hacks and always being vulnerable to the possibility of executives running away with user funds.

Cryptocurrencies, at their very core, are about independence and moving away from the financial establishment that has influenced monetary policy for a very long time. So, the industry is crying out for a solid self-custody solution that resolves the associated dangers.

Last month @Brett_FTX tweeted that you can deposit your paycheck into FTX, and that they were FDIC insured.

I called BS and said they are either lying or holding clients money externally at other banks.

Brett said I was wrong.

There are crypto enthusiasts who do not wish to hold their funds exclusively on a central exchange. For them, the whole point is to move away from traditional finance (TradFi) and overt centralization.

This is a valid choice and should be respected. It should also be understood that mainstream adoption will likely only be plausible thanks to centralized entities able to provide security and guarantees on the funds held by their platforms.

We have seen European Union regulators attempt to tie in self-custody with verifiable identities. This misses the point to some degree. Blockchain technologies are designed to bring elements of decentralization to the financial world and allow unfettered access to people around the globe.

Making it easy and user-friendly to set up a wallet within a wider network of self-custody wallets clearly brings the potential for a worldwide revolution in how we treat money. Those living in developing nations, and more specifically the more than one billion unbanked, can retain complete control over their funds without being at the mercy of a (CeFi) centralized financial institution.

Good, safe self-custody is the key to unlocking such possibilities with the result of significant real-world impact.

This entirely depends on the needs decided by users. It feels safer for many to trust their crypto funds with the custody of a centralized exchange (CEX). While independence can be worth the precautions of risk diversification — through hardware wallets, open-source software and multi-signature setups — the majority of regular people are probably vastly safer on Binance, FTX and other CEXs.

Centralized finance (CeFi) may be slowly turning into de facto TradFi. This is not necessarily a bad thing. If centralized exchanges can be insured like their traditional counterparts, then this massively reduces the risk of transacting with them.

Meanwhile, engaging with decentralized exchanges and smart contracts can also be a risky endeavor. Decentralized finance (DeFi) supporters hope it will become less so in time as the industry matures. Increased focus on user experience and safety should swiftly follow this maturation.

A great upside to DeFi is that adopters do not have to trust vague messaging from entities such as FTX. They’re free from the risk of most centralized failures that could result in the loss of their funds.

The power to decide rests with the consumers and whether they trust regulators to protect them while they utilize a CeFi entity — which emulates TradFi — or decide to wait for a better, sorely needed self-custody solution.

Ultimately, there will be a demand for both DeFi and CeFi amid the rich tapestry of blockchain and crypto offerings. Rather than being forced to choose between two sub-optimal offerings, investors will have a panoply of options to consider.

Tom Tirman is the CEO of IQ Protocol, an NFT renting solution that allows games and other platforms to wrap digital assets and lend them out to users looking to play and earn. Before crypto, Tim graduated from a top technological university in Eastern Europe with a law degree and continued his studies at the Stockholm School of Economics. In his free time, he also spearheads PARSIQ, a web3 data aggregator.

The views, thoughts, and opinions expressed here are the author’s alone and do not necessarily reflect or represent the views and opinions of Cointelegraph. 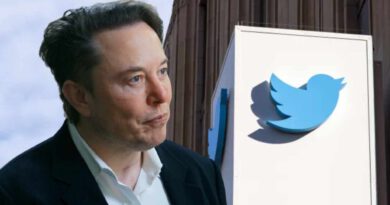