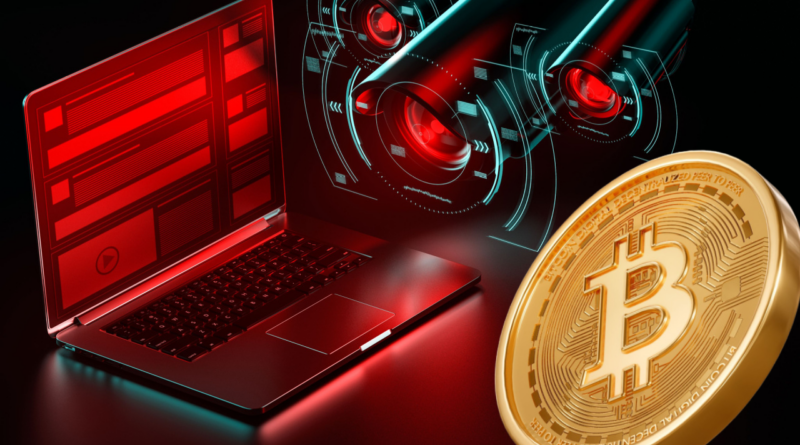 Since people are once again talking about self-custody as one of crypto’s unique strengths, I would like to remind everyone about an equally important fundamental value proposition of crypto that, in the early days, was touted as the killer feature. I’m talking about censorship resistance.

The Three Pillars of Censorship Resistance

In the financial context, censorship resistance is the ability to carry out financial actions despite the wishes of any third party.

In crypto, the three pillars of censorship resistance are:

Troubling actions increasingly taken by centralized entities in the public and private sector demonstrate the importance of censorship resistance. Let’s look at some examples:

Governments have shown an increased willingness to exert control of financial institutions while also ratcheting up their crypto regulatory efforts. Earlier in the year, Trudeau’s Canadian government took the unprecedented step of invoking emergency powers to freeze or suspend the bank accounts of Canadian citizens without court orders. Their crime? Donating funds to fellow citizens participating in the Freedom Convoy protests.

The U.S. Treasury Department’s watchdog the Office of Foreign Asset Control (OFAC) made headlines this summer by banning and sanctioning addresses that used Tornado Cash, a decentralized application that improved privacy for users by “mixing” ETH.

The U.S. Securities and Exchange Commission (SEC) increased crypto regulatory actions, best exemplified by this quote from SEC Chairman Gary Gensler who said, “…the SEC will serve as the cop on the beat. As with seat belts in cars, we need to ensure that investor protections come standard in the crypto market.” This isn’t merely empty rhetoric, the SEC nearly doubled the size of the Division of Enforcement’s Crypto Assets and Cyber Unit in 2022.

Centralized stablecoin companies Tether (USDT) and Circle (USDC) have a history of cooperating with law enforcement requests to freeze assets. Circle complied with OFAC’s Tornado Cash sanctions by banning “tainted” USDC. So far Tether has decided to not comply, but that can change (and probably will, given sufficient pressure) in the future.

Outside of crypto, Paypal made international news when it released an updated policy that let Paypal fine users $2,500 for spreading ‘misinformation.’ Paypal quickly retracted the policy in public, though much of the language remains. This includes $2,500 fines that have existed since September 2021 for the very vague “promotion of hate, violence, racial or other forms of intolerance that is discriminatory…”

While Paypal was almost universally condemned, its actions are consistent with a growing number of web2 companies, such as Twitter, Youtube, and Facebook, who are using their platforms to punish behavior they deem “bad” through levers like demonetization, suspensions, and bans.

Censorship Resistance Is the Antidote

Censorship resistance is one of the main value propositions of decentralized finance in general and Bitcoin specifically because it fundamentally separates the technology from any traditional financial tools. In fact, censorship resistance is so strong in Bitcoin as to render it an economic freedom enhancing technology. This dramatization powerfully demonstrates why:

The silver lining to the concerning increase in authoritarian actions from both the public and private sector is that they are helping refocus attention on censorship resistance.

Bitcoin, once the embodiment of crypto, had become ridiculed as worse than boring — antiquated. It’s nice to see this begin to shift back as people inside and out of crypto reacquaint themselves with its deceptively simple power.

Within the crypto industry, more people are paying attention to the slow creep of web2-like features of speed and cheap transactions that are coming at the cost of censorship resistance. For example, prominent developers like the aforementioned Martin Köppelmann are sounding the alarms that the percentage of OFAC compliant blocks needs to be fixed. It’s also nice to see debates about censorship resistance begin to take up more oxygen within the broader crypto community. I particularly enjoyed Erik Voorhees’ piece on the empowering nature of defi.

What are your thoughts on this story? Let us know in the comments section below.

This is an Op-ed article. The opinions expressed in this article are the author’s own. Bitcoin.com does not endorse nor support views, opinions or conclusions drawn in this post. Bitcoin.com is not responsible for or liable for any content, accuracy or quality within the Op-ed article. Readers should do their own due diligence before taking any actions related to the content. Bitcoin.com is not responsible, directly or indirectly, for any damage or loss caused or alleged to be caused by or in connection with the use of or reliance on any information in this Op-ed article.
To contribute to our Op-ed section send a suggestion to op-ed (at) bitcoin.com. How blockchain technology is changing the way people invest