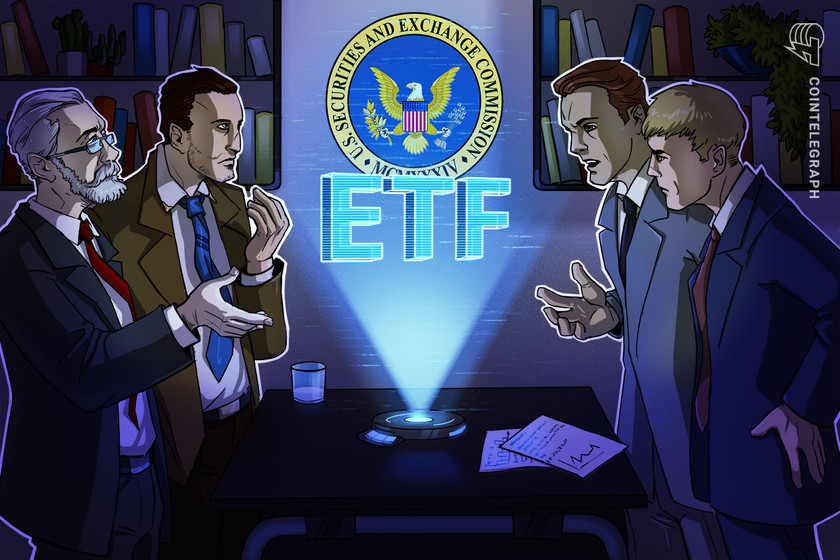 In a notice published on Tuesday, the SEC found it “appropriate to designate a longer period within which to issue an order approving or disapproving” the ETF. Upon the news, BTC’s price didn’t flinch, remaining in its tightly coiled range under $47,000.

In a promising turn of events, an SEC bigwig has been vocal in support of a spot ETF. While crypto enthusiasts are used to rejections and delays in BTC spot ETFs, SEC Commissioner Hester Peirce also wonders why it’s taking so long.

In an interview with industry media, the commissioner said, “I can’t believe we’re still talking about this as if, you know, we’re waiting for one to happen […] We’ve issued a series of denials even recently, and those continue to use reasoning that I think was outdated at the time.”

Related: What has been standing in the way of a pure-Bitcoin ETF?

The NYDIG first proposed an ETF on Feb. 16 last year, while the most recent deadline for giving a thumbs-up was Jan. 15. If approved, it would have become the first spot Bitcoin ETF in the United States.

U.S.-based investors can gain exposure to BTC through Valkyrie’s latest ETF offering or through the popular ProShares BTC futures contracts fund. However, investors still covet a way of gaining direct exposure to the asset.

Across the border, Fidelity Canada launched a BTC ETF and mutual fund in December, while Brazilian and Latin American investors can tap into BTC spot ETFs. It begs the question: When will a spot ETF land on U.S. shores?

With over 20 BTC-related ETFs awaiting approval or rejection in the U.S. according to ETF.com, surely 2022 is the year.

Only a paper moon: Bitcoin price briefly shows $870B on CoinMarketCap