Following the FTX collapse, the largest cryptocurrency exchange by trade volume, Binance, has been surrounded by rumors and speculation in recent times. On Dec. 12, 2022, Reuters reported that U.S. Department of Justice prosecutors have been investigating Binance, according to four people familiar with the matter. Moreover, while a number of crypto assets have risen in value this past week, Binance’s exchange token has slid roughly 6.9% against the U.S. dollar over the last seven days.

This week, Binance is dealing with a lot of rumors, speculation, and FUD (fear, uncertainty, and doubt) following the aftermath of the recent FTX collapse. Across social media, there’s been speculation concerning Binance’s proof-of-reserves (POR) and criticism against the company’s POR efforts.

On Dec. 13, Changpeng Zhao, commonly known as CZ, addressed the FUD on Twitter. “FUD helps us grow, even though they are thoroughly annoying,” CZ tweeted. “You can FUD about someone without explicitly mentioning their name, which spreads awareness. It also helps unite their supporters because it forms a common defense alliance.”

CZ insisted that since day one, Binance was relentlessly targeted with FUD — some of which was allegedly sponsored by a large exchange. “Since then, there has hardly been a week going by without some FUD. We learned the ability to ignore them and keep building,” CZ added in his Twitter thread. Seven-day stats show BNB shed more than 8% against the greenback but since the recent U.S. inflation data was published on Tuesday, BNB is now only down 6.9% against the U.S. dollar. The trend is the opposite of what leading cryptos like BTC and ETH have done as both coins increased in value between 5-7% higher on Tuesday morning (9 a.m. ET). 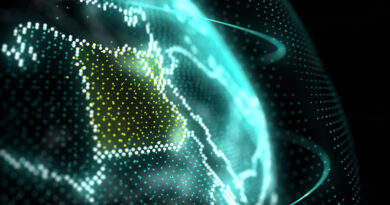 Egyptian Fintech Raises $31 Million in Series B Funding Round